The tournament is taking place from Friday 20th to Sunday 22nd November in Graz, Austria at the RSCG – Racket Sport Center Graz.

Historically, the Super World Tour event is one of the longest-running and most prestigious on the racketlon calendar.

This year is no different, with the tournament serving as the perfect warm-up for the World Team and Singles Championships potentially happening in Sweden a week later.

There are special room prices for the Official Tournament Hotel ROOMZ Graz which are only valid between Thursday 19th and Monday 23rd November. These can only be booked directly through the RFA office at rfa@racketlon.at. This is booked on a first-come-first-served basis so there is no guarantee that a room will be available if you do not book early.

The booking and entry deadline for the tournament is Monday 9th November. The rooms are 100 euros (per room/night) for a double room of 85 euros (per room/night) for a single room. Bookings are to be made in the name of one person and that person is responsible for payment. All payments must be made in cash at the tournament office on the day of arrival.

Also included is a free shuttle service to and from Graz airport and between the sports center and hotel at a fixed time. However, this is only included for players who have booked the official tournament hotel, ROOMZ Graz.

As with every FIR World Tour tournament, entry is open to players of all ages and abilities from around the world at the GRAWE sidebyside 14. Austrian Open – Super World Tour Finals. We have singles and doubles categories for juniors and seniors, as well as beginners and elite players.

The doubles will take place on Friday 20th November with the singles beginning on Saturday 21st November and being completed on Sunday.

Entry is open to the tournament on Tournament Software.

Included in the entry fee is a start gift and the Players Dinner. The Singles Entry Fee reductions with RFA Bonus Licence 2020 (€ 12)

The full and updated 2020 FIR World Tour is available here. 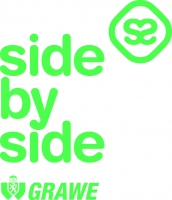